San Isidro Paz y Progreso is a Mixteca indigenous town. Mixteco is one of the 16 indigenous languages spoken in Oaxaca. It is part of the “Ñuu Savi” which could be translated in English as “villages of rain”. Dedicated to the cultivation of coffee, they are located in the mountain range called Nudo Mixteco, characterized by large mountain ranges that cross it transversely making it a rather rugged and wild territory. 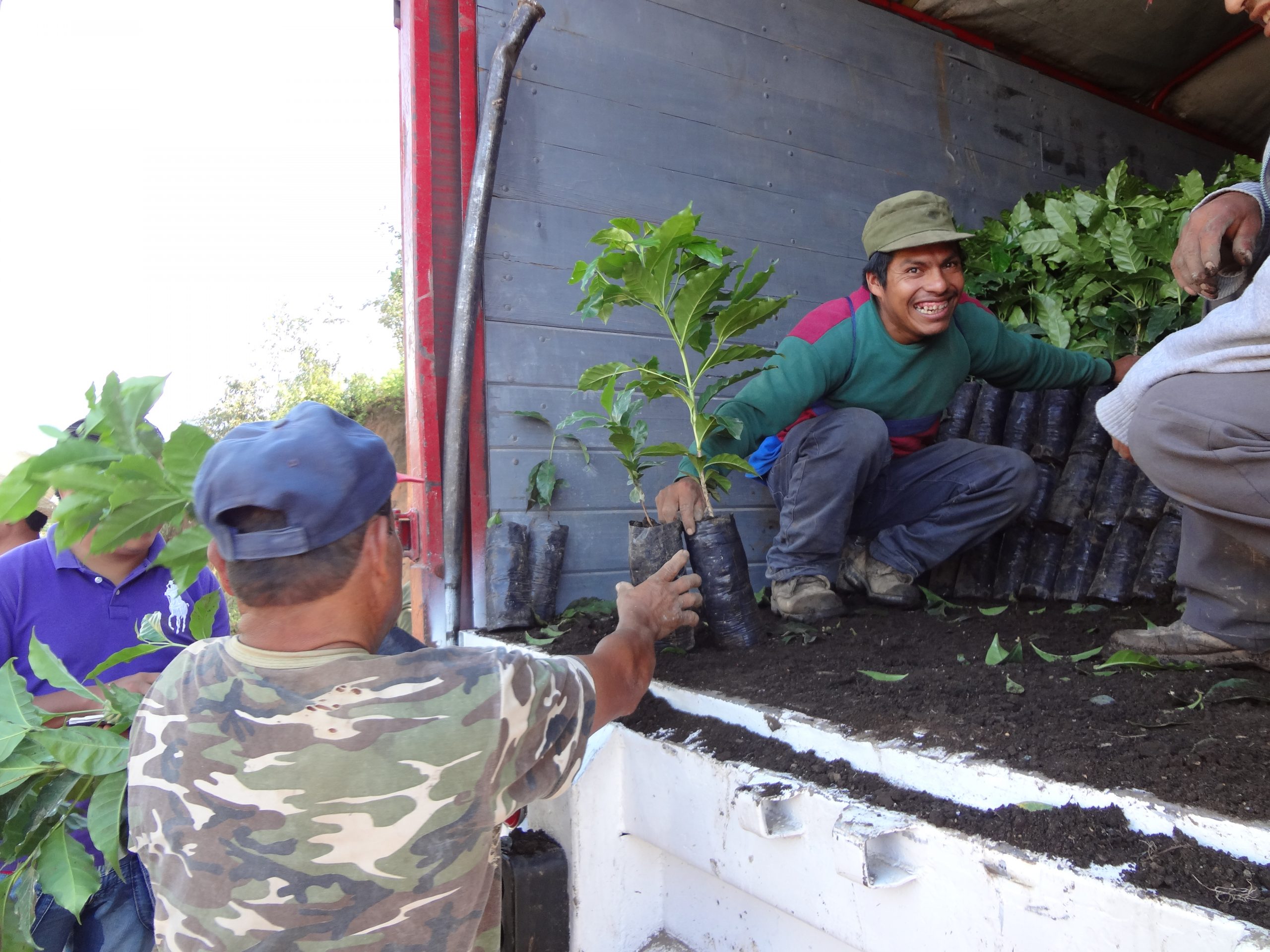 The community of San Isidro Paz y Progreso was founded in 1928. At the time, a man known as Benito Vásquez planted the first coffee trees in the area. These seeds came from San Juan de Ulúa, a prison in Veracruz port, where Benito was imprisoned.

In the following years, between 1950 and 1960, the cultivation was extended throughout the area until it represented the main income for the local families. During those years, one coffee buyer monopolized all the coffee of the region, Melchor Alonso, resident of the municipality Putla Villa de Guerreo.

Between 1960 and 1989, the Mexican government supported the coffee producers through the INMECAFE (Mexican Coffee Institute). This period is known as the greatest boom of the sector, since the commercialization was guaranteed through the institute.

When INMECAFE disappeared in the 1980s, the producers were disoriented and looked for new ways to trade their coffee. This was the beginning of the cooperatives in the country. This community joined the coop UNECAFE 10 years ago to benefit its infrastructures and certification assessment. 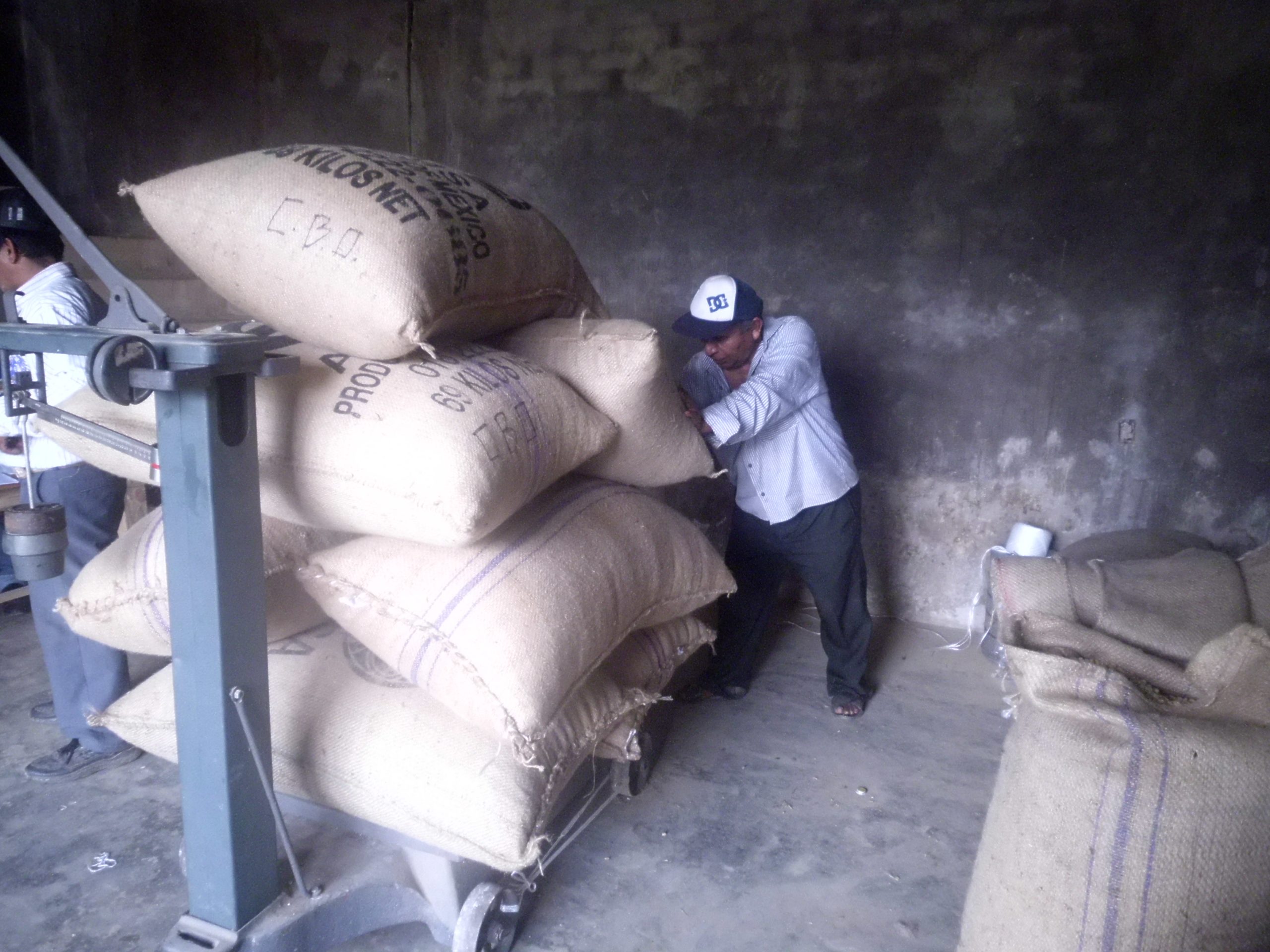 The Mixtecs identify themselves as “Ñuu Savi” or “rain people” and refer to their language as “tnuu savi” or “word of the rain”.

The Mixteca, as a historical territory, is shared with other peoples with different cultures and languages, making it a multicultural region. Among these ethnic groups are the Triquis, Chocholtecos, Amuzgos, Cuicatecos and Ixcatecos, with whom a close historical relationship has existed.

Thanks to the Mexican Revolution, indigenous peoples were given land but, unfortunately lacked the infrastructure to work it. For this reason, the Mixtecs began to abandon their lands in search of new economic opportunities, while the lands they were given were usually worked according to traditional practices. The lack of productivity and business opportunity made people seek new jobs in cities or in other countries, a situation that continues to occur today. 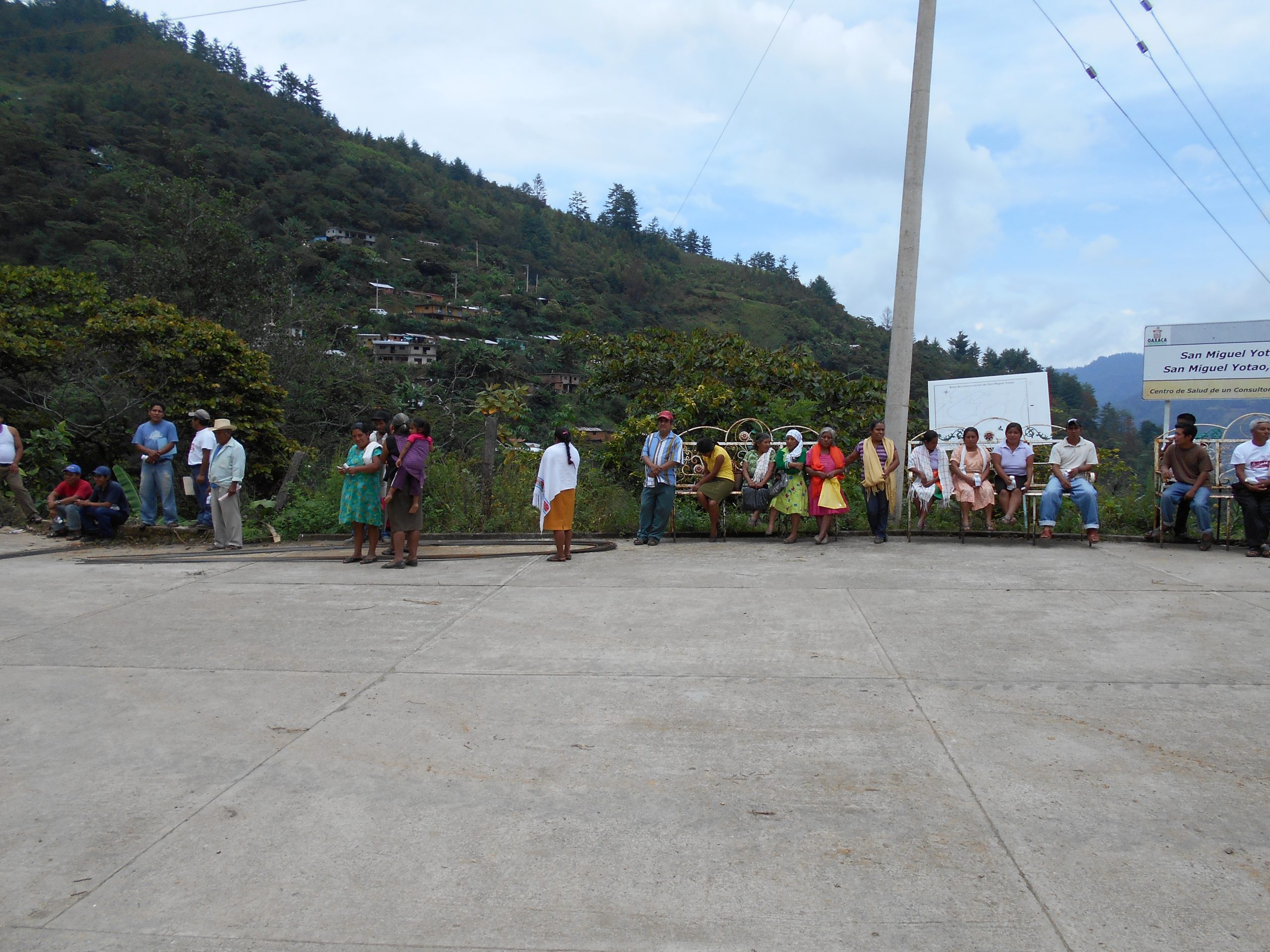 The floristic composition of this area is influenced by the anthropogenic management that the region has suffered for decades.

We find the presence of species characteristic of mountain mesophilic forests, as well as elements related to tropical forests. Some introduced species have perfectly adapted to the area and are already part of the complex ecosystem.

For example, it’s very common to observe an agroforestry system in the coffee plots, including wild plants useful for food, seasoning, and medicinal plants of ancestral use. There are patches of well-preserved vegetation, which are linked to the inaccessibility of the territory due to the abruptness of the relief. 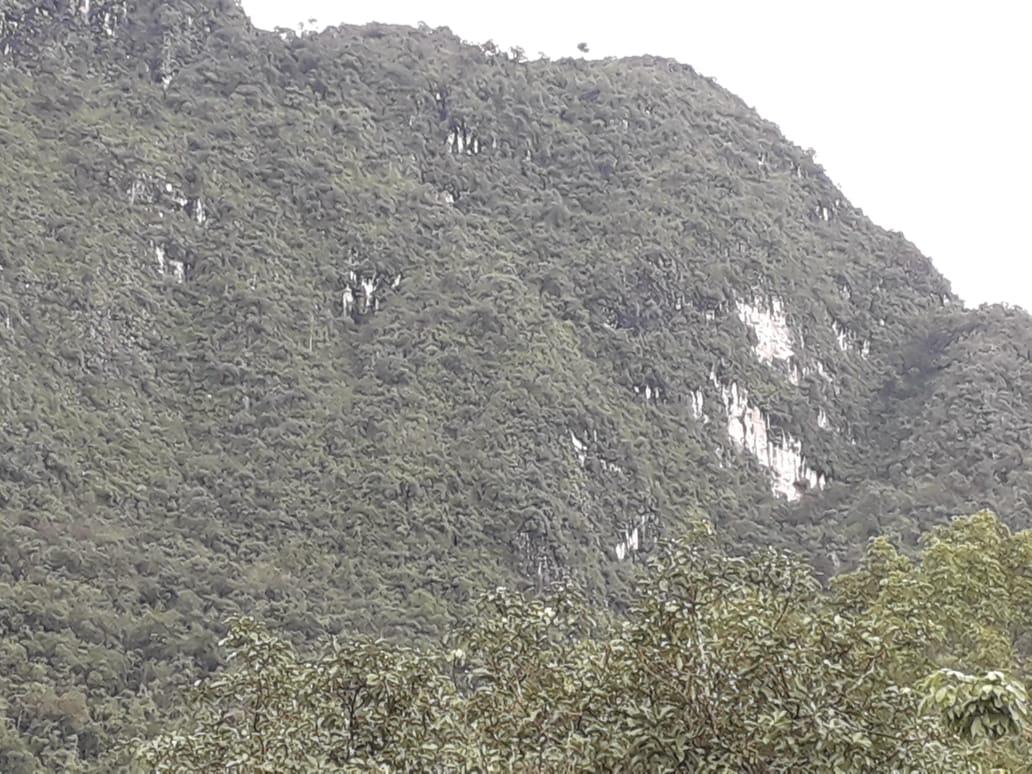 During its daily inspection, the producer checks the level of maturity of the coffee. The producer harvests only ripe cherries to obtain the best product (heavier = more expensive). Each day, the cherries are transferred into plastic bags to the mill. The producers start by washing their pulpers before they are used, then calibrate them, clean the husk reception place, and check the filtration of the “honey water” (residual water of the coffee, containing sugars and mucilage).

For this process, the majority of producers use manual pulpers. The depulping uses water to soften the cherry and avoid damage to the parchment. It is done the same day of the harvest, although some producers ferment the cherry coffee one day and depulp it the next day with the cherries of the day to obtain other profiles.

The fermentation tanks are mostly made of wood or concrete, but sometimes the farmer uses coffee bags. The fermentation takes between 14 to 16 hours according to the altitude. Once washed and dried in patios, the coffee is stored in the house of the producer between being transferred to Oaxaca City. 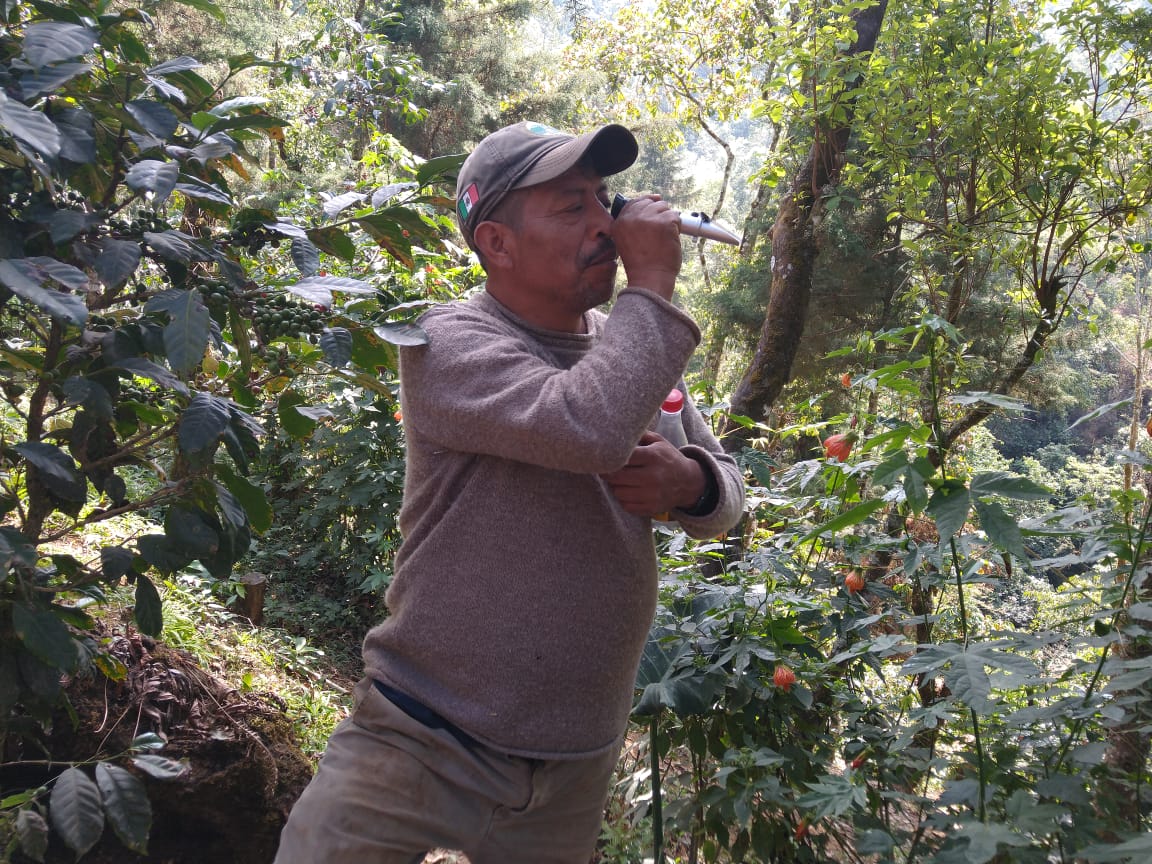